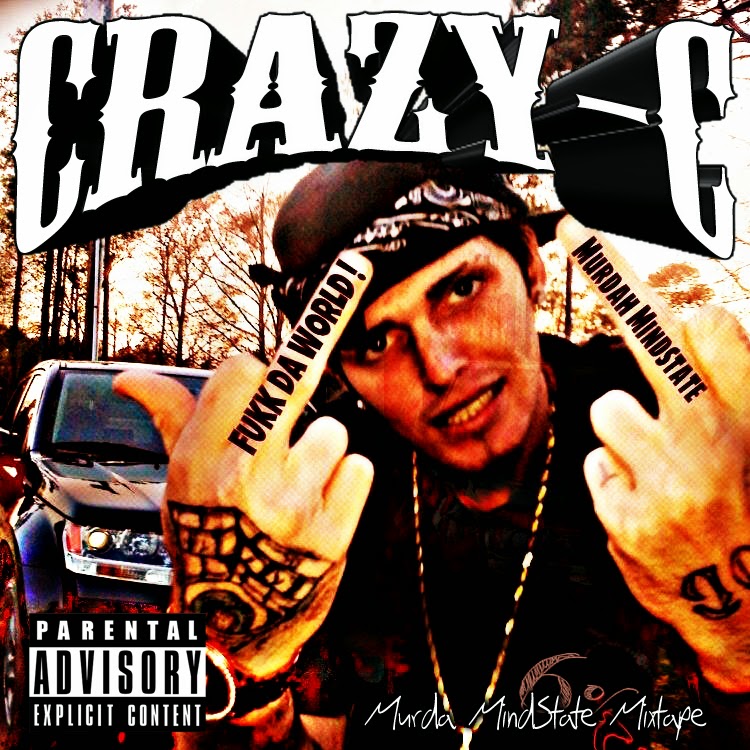 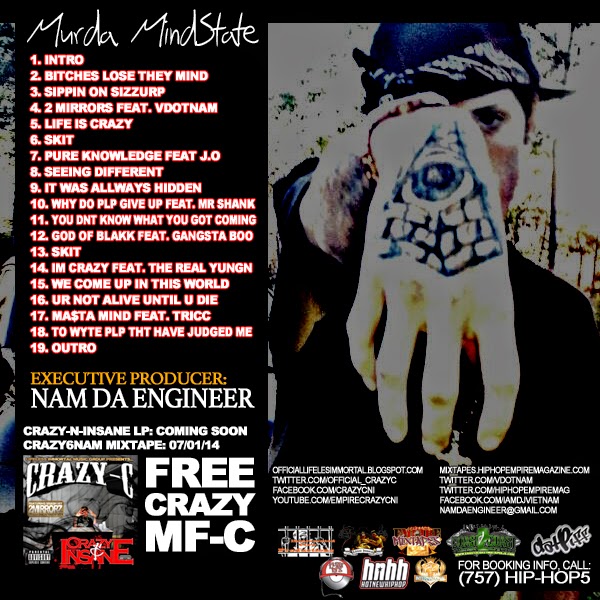 Debut mixtape from Lifeless Immortal's own, CrazyMF-C while incarcerated. Hosted by DJ Vietnam. Crazy makes his mark with being the first Immortal Soulja to drop a mixtape from the label. This mixtape includes songs like 2Mirrors, Seeing Different, Sippin On Sizzurp and many more... Featuring Gangsta Boo, Mr. Shank, VDotNam, Tricc, The Real YungN & JO. Be on the look out for Crazy's debut album "Crazy-N-Insane" and sophomore mixtape with Da Season's Vet entitled "Crazy6Nam". Thanks 4 Da Support!